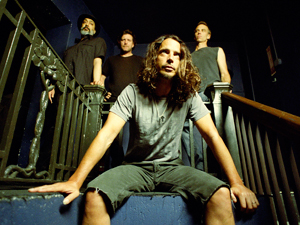 The new record will be out on 2 September 2013 and features five exclusive live tracks recorded at the Wiltern Theatre in Los Angeles, and one acoustic song recorded at radio station 89X CIMX in Detroit.

“King Animal Plus”, the band’s sixth studio album and the first one in 15 years, was released in November last year. The repackaged edition is already available as an exclusive pre-order bundle from Wednesday 22 May.

The legendary band, with over 21 million records sold worldwide and two Grammy awards to their name, have also confirmed a set of European dates for this Autumn to accompany the re-release of “KAP”.

Following their return to European stages last summer, including their much-lauded performances at Download Festival and Hard Rock Calling in the UK, the band’s new tour tour is set to kick off on 4 September in Helsinki with a show at the Hartwall Areena before taking in Stockholm, Oslo, Copenhagen, Berlin, Amsterdam, Manchester, Birmingham, London and Dublin.

Tickets for Soundgarden’s European Tour 2013, one of the most highly anticipated live events of this fall, are already on sale and are available from Live Nation’s and Ticketmaster’s websites.